Brief History of the US Military

The political, economic and institutional issues of America’s history, also portrays the history of the American military. The recurring themes of the history of the US military are very wide and complicated. This is as a result of the philosophy of the military institutions, commitment to the civilian control, the dual force of professionals and citizen- soldiers. In the year 2007, the Department of Defense, “the military” as it was regarded generally comprises of the Air force, Marine Corps, Navy, Coast Guard and the Army. The president of the United States is regarded as the Commander-In-Chief and has the right to control the National Guard units or the individual state militia. The world’s military power is presently held by America, even though the power was not initially with them.

In 1775, the Army of the United States was formed. This has led the US Army to be one of the prominent land defense team in the armed forces of the United States. Their major occupation is to defend and protect the military occupation and fight land battles.  In the United States, the Corps of Engineers controlled the river side. In order to defeat the British Army, the Continental Army had to be formed. This helped the need for well-experienced soldiers in the revolution of America. In 1940, during the peacetime, the number in the Army decreased. The Air force gained their independence from the Army Air forces in 1947. In 1947, the US Army ceased to be under the control of the war department and the Department of Defense. Credit is given to the US Army for engaging in these various battles: The War of 1812 (1812-15), American Civil War (1861-65), Spanish-American War (1898), World War I (1917-18), World War II (1941-45), Korean War (1950-53) and Vietnam War (1965-71). 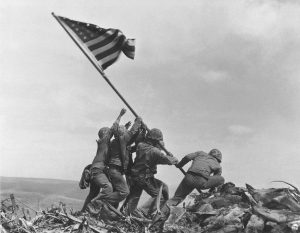 In 1991, the cold war came to a halt. They were involved in the Gulf war of 1991, the war in Afghanistan and the war in Iraq. The US Army also concentrated on Western Asia at that time.

The National Army was founded with a united effort in 1917 to combat the World War1. This effort came from the United States War Department. The army of the United States took over from the National Army in World War II. The cold war began during the end of the World War II, which brought about the opposing discord. Due to the Korean War, the defense of the Western Europe was under threat, therefore NATO was formed. Korea and Vietnam, who were the communist forces of the Americans and their allies, were attacked by them during the cold war. There was a change in the reorganization structure in the 1980s. Also, there was the emphasis on technology and training by the American Army. The Cold War marked its ending in the year 1989.